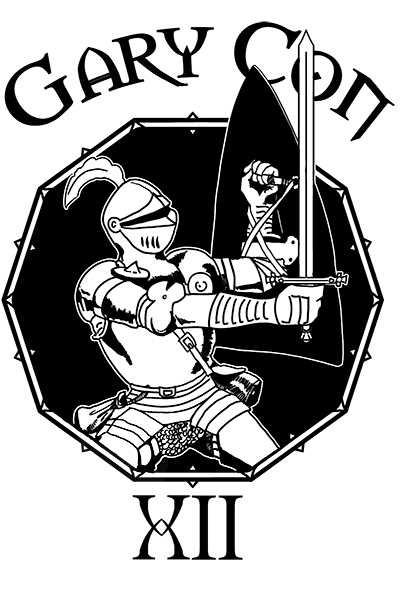 February 27, 2020 0 By LMetcalf
Greetings Adventurers,
TableTop.Events has fortified the walls and healed the troops after last Saturday’s tragic encounter! We are ready to head back into the fray, so please join us at 6pm CT on Sunday, March 1st for the Gary Con Silver Event Registration Redux (GCSERR). Thank you so much for hanging in there with us during these unfortunate times. If you successfully got a ticket last week, you still have them. We also turned off the timer on carts during this downtime, so if you had tickets in your cart last Saturday when we went off-line they will still be there. And further they will remain for a full 24 hours just in case you aren’t by a device during GCSERR.
TableTop.Events has reinforced their system and shared with us the results of multiple stress tests proving they are ready to go again. Below is a summary of the technical details:
“The root cause of the problem was a reporting system that tells TTE which conventions are using the most hardware resources. Unfortunately, it was not very efficient in it’s own use of resources and so under stress it caused the collapse of TTE’s cache server, which is what maintains people’s logins. That reporting system has been entirely removed and will not be re-added until such time that it can be proven to run efficiently. Out of an abundance of caution, TTE has also increased the amount of hardware dedicated to TTE fairly dramatically to ensure this does not happen again.
In order to test the system, TTE wrote a whole new stress testing suite to prove the platform could handle not only the peak of the crush of users, but a sustained load on the system. These tests showed that TTE’s servers could sustain a high level of demand for long periods of time. For reference, one of the tests processed 789,581 requests within 40 minutes which included selling 60,000 badges and 60,000 event tickets – nearly 10x the amount of event tickets alone that we expect the system to sell on re-opening. Even with this many requests, TTE’s servers were only operating at 30% of capacity. These tests were conducted on the live platform with other conventions running in the background. At the end of the day, all this means that TTE not only solved the problem, but made further enhancements to ensure registration goes smoothly.”
The bottom line is that we are ready to move forward on Sunday at 6pm for GCSERR! And again, regarding tickets in carts and purchased last Saturday, if you had a ticket in your cart when we previously shut down, no worries! Any ticket in your cart will show as unavailable until the system times out, so it is yours if it is currently in your cart. We have suspended automatic deletions of carts and this will not end until 6pm on Monday, March 2nd. You, therefore, have 24 hours to check out your cart after registration reopens to claim the tickets in your cart. If you previously successfully purchased tickets, you will, of course, get to keep those tickets.
Thank you for your patience over the past few days. We are all very excited for Gary Con XII and we know all of you are as well. If you have any further questions, please feel free to reach out at [email protected].
Game On!
The Gary Con Crew