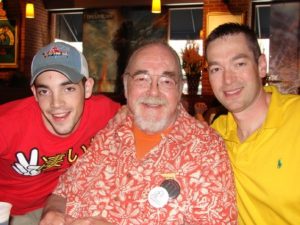 My father’s birthday is July 27th, EGG Day. I will never forget the date, not because I have a good memory. Actually I am pretty bad at remembering such things, but it is emblazoned in my memory because of the ribbing I got from my father in 1985.

I gave my Dad the book Footfall by Larry Niven as a gift for his birthday. A few days later he asked me to inscribe the interior with a little note. I started writing the current date and changed it as best I could. It came out as “Au-July 27th, 1985”. Of course I tried to sell my mistake as an intended by saying he was like gold to me, so I used the symbol from the periodic table of elements for gold “AU”. He had a good laugh at that and from then on he always referred to his birthday to me as Au-July 27th.

EGG Day is about remembering Gary Gygax and what he is known best for- Gaming. So I’d like to share a little story about playing with my Dad. Of course he DMed many of my adventures and I could relate many such stories. He was also a crafty role player actually surviving and thriving in Metamorphosis Alpha with Jim Ward as the GM- no easy feat I assure you. The Vigilists were a force to be reckoned with on the Starship Warden!

This instance revolves around our favorite wargame, Operation Overlord when I was about 16 or so. It is a classic chit wargame of the invasion of Normandy in June 1944. My Dad never played the Germans because he was a boy during WWII and refused to be the Krauts. So I was the Germans and we were a few hours into the game. I had massed the 2nd SS Panzer Division, 12th SS and Panzer Lehr outside Caen. I had stopped the Allied initial push and was looking to break through. I had 3:1 odds as I recall and was very excited for the battle. I rolled my d6 and got a 1! An exchange, the worst possible outcome. My Dad started jeering and telling me how I was in a hopeless position and how badly he was going to kick my butt. I was very dejected and after a couple minutes said, lets just stop playing and save the next 6 to 10 hours of time.

He asked me very seriously, so you give up? You admit defeat. I agreed and said that I lost, so we began removing the counters. After we pulled off a few stacks and started placing them back into the box and there was no way to remember where everything was, he told me how gla 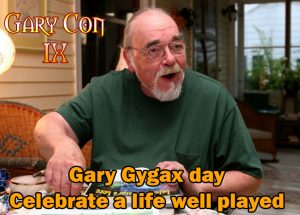 d he was that I surrendered because I had him dead to rights! Apparently I had his momentum stopped and had good terrain across the front and he was sure that I would win! So my Dad was a competitive game player in any game and an effective propagandist too.

That taught me a good lesson, don’t let one setback deter you. In games as in life, you don’t always win even when you set conditions for success. You have to regroup and drive on if you want to be a winner.