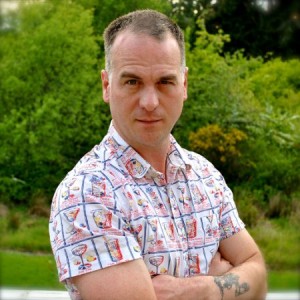 Jobe Bittman started playing Dungeons & Dragons in the early 80s when his older step brother returned from college with a Holmes Basic Set. After moving to a new town, he lost his gamer friends, but continued to play alone for years, rolling up characters and running them through dungeons of his own design. As it turns out, this activity turned out to be very similar to writing for role playing games.

Jobe has worked as a freelance RPG writer and game designer for nearly a decade. His writing has appeared in publications by Wizards of the Coast, Goodman Games, Lamentations of the Flame Princess, and Kobold Press. Jobe has been privileged with the opportunity to work on professional projects with such gaming legends as James Ward (Metamorphosis Alpha) and Steve Crompton (Grimtooth’s Traps). Goodman Games recently announced Jobe’s latest project, a new RPG adaption of Jack Vance’s Dying Earth. The first playtest happened at Gary Con last year.