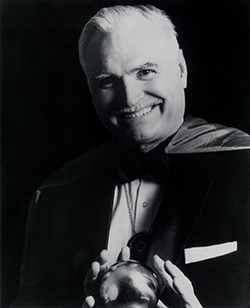 Louis Zocchi, Adventure gaming hall of fame 1987
Colonel Zocchi served in the Air Force from 1954 until 1975. He retired as a E-6 Technical Sergeant and served as
an Air Traffic Controller and Instructor. While working a ground controlled approach radar, Zocchi was credited with saving a
B-47 by controlling him to a safe landing through very heavy fog. Zocchi started selling Adventure·games in 1965, by mail and after he retired, Zocchi Distributors became a full time business. In 1990 Zocchi joined the Mississippi State Defence force, and later transferred to the Alabama State defence force, where he worked his way up to full Bird Colonel and retired.
The State defence force is made up of retired Military, Retired law enforcement people and Retired Fire Department volunteers. Everyone in the Defence force works without pay, and is usually needed after hurricanes, to provide first aid, Meals ready to eat, Ice, drinking water, and large plastic sheets which can temporarily keep water off of damaged roofs. They also work
as hurricane shelter managers and crowd control directors during large public meetings.

More than 200,000 gamers have cleared the URL search bar
at the top of their screens and then entered, “google.com.”
When the google search bar comes up, they type in “2008 dice talks by Zocchi” and then they click on the first paragraph
or photo to see Zocchi explain that except for the Gamescience precision edged high impact plastic Gamescience dice, all other dice are egg shaped.