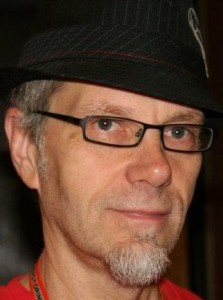 David S. LaForce is one of the first generation artist for Dungeons &amp; Dragons. LaForce started his career in 1979 with TSR where he was initially hired in the shipping department. Catching the eye of David Sutherland, (head of TSR’s art department) who had him submit some sample drawings. Two of the three samples were bought and used for the Dungeon Master’s Guide. LaForce was hired by the art department where he remained until 1998. One of his first assignments was “C1: The Hidden Shrine of Tamoachin.” Many of his illustrations can be seen in the first Dungeons & Dragons manuals. LaForce’s love of historical map cartography can be depicted in the designs he has created in Dragonlance, Birthright and Dark Sun.

Fun Fact: Laforce earned the nickname “Diesel” at TSR. This came about because there was several individuals named David that worked there at that time and Mike Carr happened to notice that LaForce was signing his artwork with his initials “DSL”. Slurring the letters together made the word “Diesel.”