Game where it all began! 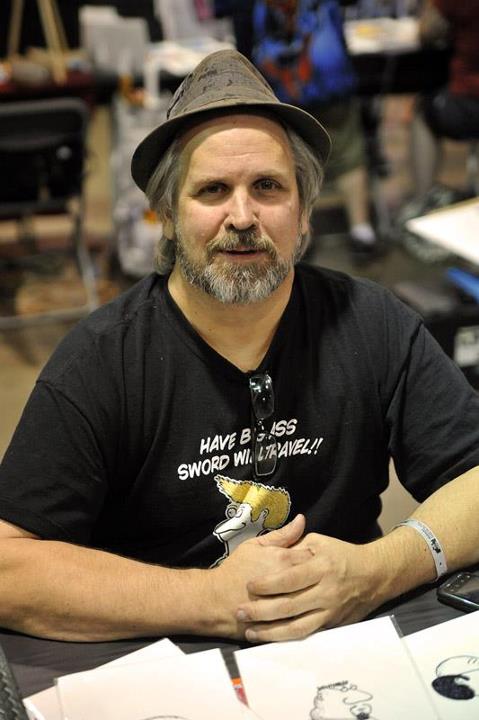 Knights of the Dinner Table was accidentally created by Jolly R. Blackburn way back in 1990 as ‘filler’ for his small press magazine, Shadis. It was something of a ‘creative burp’ and Jolly really didn’t give it much thought. Perhaps that’s why he was just as surprised as anyone that soon KODT was overshadowing everything else he’d ever done and that the created was now controlling the creator. Fortunately, writing and drawing KODT strips isn’t the lonely job it was in the past. Hundreds of fans have contributed to the beast over the years and, since joining the ranks of Kenzer and Company and the formation of the KODT Development-Team (Jolly, Steve Johansson, David S. Kenzer and Brian Jelke), the Knights have gone far beyond anything Jolly or Kenzer and Company ever imagined. In 2006, Jolly was inducted into the Origins Awards Hall of Fame.

Jolly Blackburn is a Gulf War Veteran. He proudly served in the US Army, alongside his lovely bride Barbara, from 1984-1991. His tour of duty took him to exciting destinations such as Ft Bliss, TX; the Federal Republic of Germany, Kuwait and Ft Jackson, SC.