(In no particular order)
These are the character sheets of some of the people behind the scenes making Gary Con the epic adventure it is! 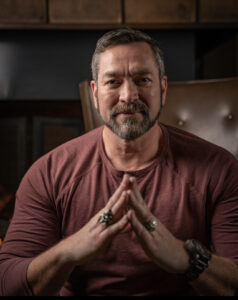 Bio: I am the son of Gary Gygax and have been slinging dice at the gaming table since I was 4 years old. It is a distinct honor to organize and run Gary Con every year with the help of Team Gary Con, my family, good friends and fellow gamers. I helped my Dad playtest and design adventures and games as a young person and have kept gaming as a pastime all my life.  I helped craft GW1, The Legion of Gold, created the Bullywug, collaborated on the design of the Barabarian class for AD&D and created the spells Melf's Acid Arrow and Melf's Minute Meteor.  I have designed numerous game accessories including The Lost City of Gaxmoor and more recently The Oculus of Senrahbah modules compatible with 5e available at fine retailers and FLGS. I enjoy talking to people at conventions and swapping tales of adventures.  Feel free to come up and say hello whenever you can catch me.  Thanks for coming and being a part of the celebration! 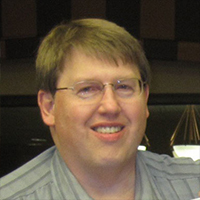 Responsibilities: Co-Event Manager
Home Town: Lake Geneva (Now Ripon, Wisconsin)
Non-Gary Con Positions: Happily Retired
Favorite Game: Lord of the Rings Online
Bio: I had the good fortune of growing in Lake Geneva in the 70s. I got a job at the Hobby Shop of Tactical Studies Rules (79-83). I helped to manage GEN CON and helped to start up the RPGA. I came back again later to manage the Pre-Press Department until WOTC purchased the company and moved to Seattle. After that I worked as an IT Project Manager in Madison. I recently retired from American Girl after 8 years. I still look forward to the opportunities of having the gang over to play games (mostly board games these days) whenever we can make it happen. 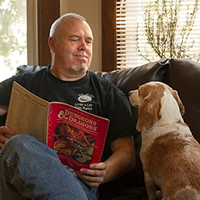 Responsibilities: Art & Illustration, Graphic Design, Site maintenance
Home Town: Brownfield, Maine
Non-Gary Con Positions: Owner Fehu Games& Freelance artist/ design, Founder of AppleCon
Favorite Game: Dungeons & Dragons (1e - 2e)
Bio: When I was a young lad I dreamed of illustrating and making RPGs. Now, I do those things of dreams. The road in between has not been smooth, it will never end, but it has been worth traveling. 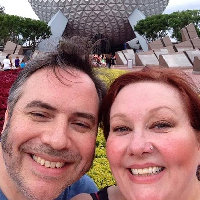 Responsibilities: Webmaster
Home Town: Orlando, Florida
Favorite Game: Dungeons & Dragons
Non-Gary Con Positions: Senior Software Engineer, Web/UI
Bio: I first met Gary in 1983.  Through the years, no other writer has had more of an impact on my life than Gary Gygax.  I am honored to help out at Gary Con. 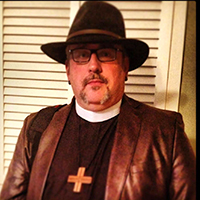 Responsibilities: Chaplain, Hospitality, Family and Interfaith Events
Home Town: Jackson, TN via West Monroe, LA
Favorite Game: Castles & Crusades
Non-Gary Con Positions: Full Time United Methodist Minister and Part-Time College Professor
Bio:  I have been a geek for as long as I can remember. I started out reading science fiction, fantasy, and numerous comic books and then, in 1983, I discovered Dungeons & Dragons and haven’t been the same since! I first met Gary Gygax on a Christian message board and enjoyed communicating with him and then, in 2007, I was asked to be a part of a panel at GenCon on Christianity & Gaming along with Gary Gygax and Michael Stackpole. After Gary’s death in 2008, I started my website www.geekpreacher.org because geeks need a preacher too! Since that time, I’ve led ecumenical and interfaith events at various conventions around the United States, most notably GenCon and GaryCon. I also pastor two churches in Tennessee and occasionally teach Ethics and World Religions at a local college. 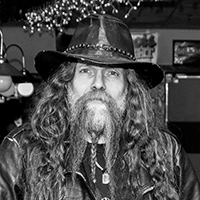 Responsibilities: Director of Operations
Hometown: Goshen Ohio
Non-Gary Con Job: President of Iron Wind Metals
Favorite Games: RPG’s of all kinds - AD&D, Superhero, Sci-Fi, Dark Future
Bio: I played my first game of AD&D back in 1st edition days and was hooked.
Bought a players guide, DM guide, and screen a few days later and started running games. Stumbled into a job with Ral Partha and went from two-week temp to VP, before branching off to form Iron Wind Metals. I vended at my 1st Gencon in the early 80’s, and am honored to help carry on that great tradition by working with the great people at GaryCon. 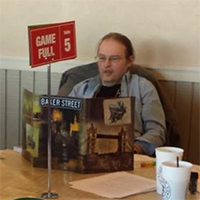 Responsibilities: Co-Event Manager
Home Town: Lake Geneva, WI
Non-Gary Con Job: Freelance author/editor, gardener, caretaker of cats.
Favorite Games: D&D/AD&D (all editions), Dawn Patrol, Chainmail, Mah-jongg
Bio: The D&D Game and I share the same home town–Lake Geneva, Wisconsin. Somewhat more than 35 years ago, I noticed an article in the local paper (The Regional News) that featured model tanks in battle. The article was about an early GEN CON, which had taken place the week before. By the time GEN CON was next held, I was there, dice in hand. Between then and now, I’ve done a few things to get noticed in the gaming community, such as running GEN CON for several years, co-authoring the D&D 3rd Edition game, just to name a few. I’m co-coordinator for events at Gary Con, taking on the task with school chum and fellow GEN CON veteran Dave Conant. I’m also doing double duty as a GM and VIP. 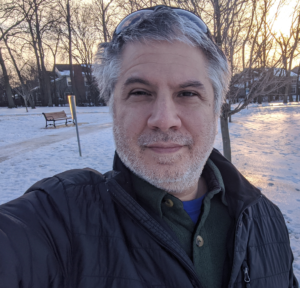 Responsibilities: Technology
Home Town: Suburban Chicago (FIB)
Non-Gary Con Job: IT
Favorite Games: D&D and Palladium as far as RPGs go.  A lot of Minecraft with the kids.
Bio: My parents kept talking me out of playing D&D in the 80s because I should be out playing sports or something.  Now that I have my own kids, we play D&D together and it's a blast.  GC12 was to be my first RPG convention where I would meet up with all my online Greyhawk friends, but alas, plans changed.  So, I threw myself into virtual cons where some of you know me as Zarathon, using the Zardoz image as my avatar. 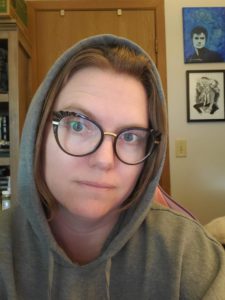 Responsibilities: Volunteer Coordinator
Home Town: Omaha, NE
Non-Gary Con Job: Administrative Assistant
Favorite Games: Board game- Splendor, Video Games- Dragon Age Inquisition/ Skyrim, RPG- all the systems!
Bio: Was introduced to D&D (3.5) in high school but it was really in my freshman year of college with my sci fi/fantasy club, where I learned I loved it! Been playing any and all RPG systems for about 17 years. When I am not helping with Gary Con, I am attending all sorts of conventions (when I can) and volunteering at local area conventions. I also love to cross stitch and crochet when I have the time. I have an old lady soul in a nerd body. 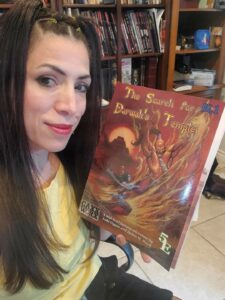 Responsibilities: Special Guest Coordinator & Pointing Out Luke's Mistakes
Home Town: Rabat, Morocco (now Los Angeles)
Non-Gary Con Job: Healthcare (RN)
Favorite Games: Cards, Sushi-Go, Ticket to Ride and a little D&D
Bio: I met Luke Gygax in 2002 while getting a Master's at UW-Milwaukee.  He took me to GenCon and had me help him promote his new module, The Lost City of Gaxmoor.  After he saw how many sold when I was talking to gamers- he proposed.  The rest is history.